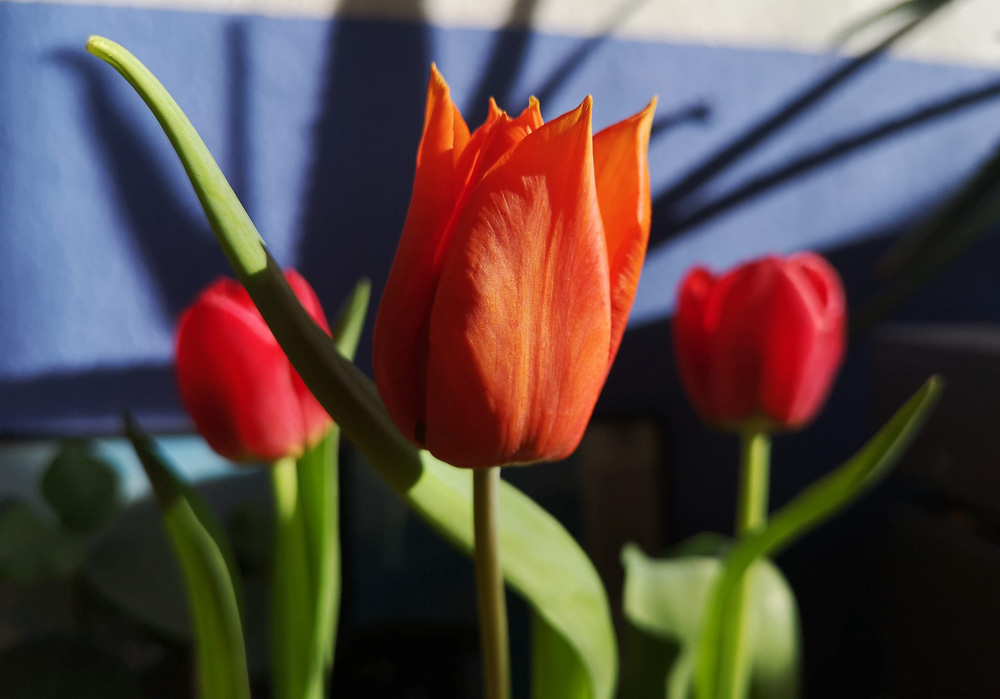 According to my camera roll from the month of April, we’re spending this pandemic like so many other people: buying ourselves flowers, cooking elaborate meals, and experiencing strange issues during our videochats.

We’re also celebrating birthdays to the best of our abilities. At the start of April, I turned 30, and I actually had less of an existential crisis than I usually do on my birthday. (It’s like when the whole world is in crisis it’s easier to keep your own problems in perspective?) Then two weekends ago, we biked over to our friends’ apartment to wish Eben a happy birthday while standing several feet away from each other and wearing masks.

That being said, Germany is actually doing pretty well and starting to loosen some of its restrictions. Churches, museums, and non-essential businesses are reopening, although mask wearing and social distancing are both still compulsory most places. At least masks aren’t in short supply here — the town halls around Berlin are giving them out to constituents for free, but they’re also available for purchase in convenience stores and pharmacies.

Other things I did in April include: collecting these links for you! Enjoy!

A Couple of Digital Literacy Resources

Starting with a fun topic! But, seriously, misinformation is a huge problem, so here’s a cute comic about how to think critically about all the news we’re reading right now. The last tip is my favorite — remember to be kind to yourself and others! We’ve all shared information that we later found out was false; it’s part of living in such an info rich era.

And this 6-page pdf called The Debunking Handbook has some tips for how to effectively correct misinformation. It’s specifically focused on debunking myths about climate change, but the strategies are applicable across topics.

A Couple of Links Overtly About COVID

If you want to skip these, I get it, but I tried to pick content that was uplifting(ish) and decidedly human. First is an article interviewing people who lived through other epidemics and pandemics about life afterwards. Here’s a taste:

The most important thing I learned from the polio epidemic is to be optimistic. The words of my dad are ringing in my head: “Tomorrow will be a better day, and next year will be a better year.”

How I Knew It Was Over by Ruth Graham

Generally uplifting, right? Although that article will also make you angry about anti-vaxxers… so… it’s a trade off, I guess.

The second link I want to share is BBC Reel’s mini-documentary series “Lockdown Diaries.” I specifically recommend this video about a Catalan couple in quarantine with their four-year-old. Heartfelt and human.

A Couple of Articles Queering Media

This writer reading Little Women‘s Jo and Laurie as trans is a take I didn’t know I needed. And this piece is all about overt and covert queer representation in cartoons.

A Couple of Suggestions From E

Working from home with E has been fun — our desks are side-by-side in our apartment’s smallest room and he’ll often put on music while we work. His favorite combo has been opening two tabs on his computer and pulling up a Chillhop livestream in one and 10 hours of ambient rain sounds in the other.

When we’re not listening to jazzy, lofi, hip hop beats and soothing rainfall, we’ve been enjoying Ben Gibbard’s livestreams. He’s the lead vocalist for Death Cab for Cutie, and every Thursday since mid-March he’s been recording himself performing solo in his home, taking song requests, and telling little stories in between.

A Resource to Help Us Be Kind

In the one blog post I published in April, I mentioned how it’s okay for us to be upset about little things during this pandemic. And I stand by that! But I also want to share a resource that I have found super helpful when thinking about supporting others through suffering. It’s an idea called Ring Theory and you can read more about it in this LA Times Op-Ed. Basically, we’re all allowed to feel upset and to express our disappointment to others, but we should endeavor to direct complaints to people suffering less than us. Just go read the link, it’s short and the idea is important.

That’s fair! In that case, have you seen this hilarious meme generator? The captions are written by a neural network and it is as delightful (and potentially offensive) as every other neural network generated thing you’ve seen online. An example:

And, as promised in the March link round-up, here is a photo of me attempting to do a split…

What have you all been up to in the last month? Cooked anything interesting? Bought yourself flowers? Taken any embarrassing photos? Tell me about your lives in the comments below! 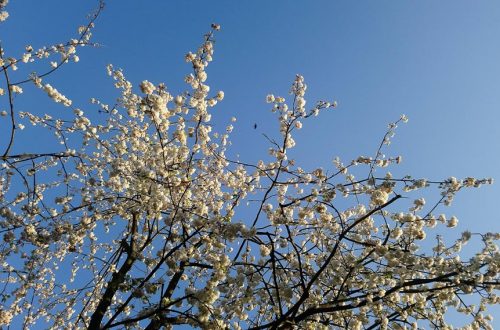