(Note: As the title would suggest, this post is not about travel, nor tea, but rather, my dead dad. If you’re interested, read on, but if you were looking for travel or tea, come back next week.)

Tomorrow is Friday, June 14th. The two-year anniversary of my dad’s death.

And this Sunday is father’s day, which is not a large, in-your-face holiday, but its closeness to my dad’s death feels a bit liked being kicked when I’m already down.

It’s been a rough week.

Every task has seemed wildly difficult, and I’ve been on edge. My mother and E have been patient while I’ve stormed around the house on the verge of tears over every little thing.

I’ve been trying to move my blog over to being self-hosted, which is proving difficult, and makes me want to cry. All of my photos are huge and slowing down my site’s load time, but I haven’t figured out a way to make them smaller and maintain the quality, which makes me want to cry.

I’m trying to pitch more freelance articles in a desperate attempt to start breaking even because I feel ashamed I’m doing this full-time and not making money, but for some reason I can’t think of a single travel-related story, and it makes me want to cry.

I can’t decide what I want to eat for lunch, and it makes me want to cry.

This is what life’s like in Casa Opportune Moment right now.

All these issues will straighten out and be fine, and this will likely be the best summer I’ve had in recent years. But, right now I can’t get over how much I hate my blog header, and I’m complaining to the handful of people who read my blog that no one reads my blog (ironically alienating my readership for the win), and all of this is just a reflection of the fact that I’m sad.

It’s exhausting to grieve, so, I grit my teeth, and I fixate on other issues, and I trick myself into misunderstanding the real problem.

The problem is my dad is dead.

And, unfortunately, that’s always going to be a problem.

I’ve mentioned my dad on the blog before, in my post Full Disclosure, where I told you I can afford to travel because I inherited my father’s retirement fund.

Travel bloggers tend to brag about how they’ve made sacrifices in order to save money and travel. They make sweeping statements like, “I don’t have rich parents, I’m not a trust fund kid.” Readers are reminded that these are despicable ways to afford travel.

I feel for these bloggers. They get a lot of crap for traveling full time (or part time) and living their dreams. People who aren’t happy like to lash out at people who are and accuse them of not deserving the experiences they’ve earned. It makes sense that bloggers justify and explain their actions. Hell, that’s what I’m doing.

I’ll tell you what I sacrificed in order to travel:

And I’ll tell you something else: I’d sacrifice all my travel experiences to still have my dad. Fuck Iceland, fuck Krakow, fuck Hawai’i — give me back my dad.

In the media, if someone inherits, the person who died is always a rich uncle they didn’t know they had. Inheriting is a joyful experience — a windfall! These portrayals are hurtful because they erase the people who had to die to make them happen. I hate telling people I inherited money (so, I’m telling the internet, obviously) because “inherit” has positive connotations in this world. Your grandmother wrote you into her will, and died peacefully in her sleep, how sweet. I always follow up “inheritance” with “my dad died while I was still in college” so everyone can leave the conversation feeling uncomfortable and bitter.

Obviously, I’m a privileged person. My father’s death provided me with money to see the world rather than catapulting me into medical debt. Before he died, I’d already had the opportunity to visit Costa Rica when I was in high school and study abroad in Barcelona when I was in college. I’m white, straight, able-bodied, thin, cisgendered, solidly middle class, and I know my life is easier as a result.

Our experiences with grief are unique. Mine boils down to:

I miss my dad.

I miss his quirks.

I miss how he’d get the receipt for a purchase and if it was within a certain price range he would always ask the same question.

He’d ask my brother and I, and, when they were still married, he’d ask my mom. Sometimes he’d ask the cashier, who was usually a bit taken aback by the question. I thought it was an embarrassing exchange when I was a teenager, but my father had this glimmer in his eye like he was telling a funny joke, so, I never stopped him from asking. He almost always knew the answer.

My father was a librarian.

My father loved maps. When I got my license and my first car, my dad bought me a road atlas for the state of Rhode Island — a state small enough that it renders a road atlas nearly unnecessary.

Whenever I went somewhere new, in state or out, my father would pull out his maps and plot a route with me. We’d trace lines that I could follow in my car, and he’d point out landmarks along the way and alternate routes in case I got lost, and I usually didn’t remember much of what he had to say, but it was a ritual. A lot of my friends know I hate GPSs — not all of them know this is one of the reasons why. The dying art of map reading, which my father held so dear.

I miss the way my dad talked about movies. Watching movies was a passion my father found late in life. He liked independent films. And queer cinema. And romantic comedies. Indie, lesbian, rom-coms were his favorites.

The last movie he watched before he died was Shakespeare in Love, which I regret I didn’t watch with him, even though I was in the house at the time. He told me watching movies was hard when he was dying because movies so often end by looking hopefully to the future. In the late stages of esophageal cancer, he couldn’t relate to the sentiment.

My dad told me that, if he’d known when I was studying abroad that the reason his hip never healed when he had surgery and the reason he had a limp at the end of his life was because the cancer was already spreading into his bones, he would have come to visit me in Barcelona. Like my brother and my mom did.

And I swear, we would have ridden taxis all over that fucking city, and he would have seen every goddamn thing.

I regret not spending more time with my dad before he died. I visited almost every week, driving from Boston where I was going to school to his apartment in Rhode Island, and I couldn’t have visited more.

Because it’s hard to watch your dad die.

I was there every goddamn day for the week he spent in a hospice facility.

I couldn’t have done more and yet it’s impossible not to regret.

I’m telling you mostly happy stories, but my dad was not perfect. He was an alcoholic — the most polite alcoholic I’ve ever heard of. He drank martinis almost every night when I was growing up, but I never knew he was an alcoholic until after he quit drinking, which he did because a doctor told him it would kill him.

My dad told my mom he thought for sure it was going to be lung cancer that killed him. He was mad it wasn’t because he could have kept smoking.

My dad was stingy. He once gleefully told me that he was looking forward to my 18th birthday because he wouldn’t have to pay child support anymore. Thanks, Dad.

One of the unfortunate things about cancer and long-term illness is that it doesn’t turn people into saints. They’re the same people they always were; they’re just in hospital beds.

My father cracked jokes on his deathbed. When the nurses asked about his pain, he’d point to the friends gathered round the hospice room. He told us about his drug-induced dreams, typically asking if they’d been real.

“Did we go barhopping, Em?” he asked me once.

“No, Dad,” I chuckled. “We’ve never been barhopping.” I had turned 21 only two months before.

When I tell people about my dad, they say he would be proud of me for using my inheritance to do something I love and pursue this travel writing dream. I don’t know if that’s true. 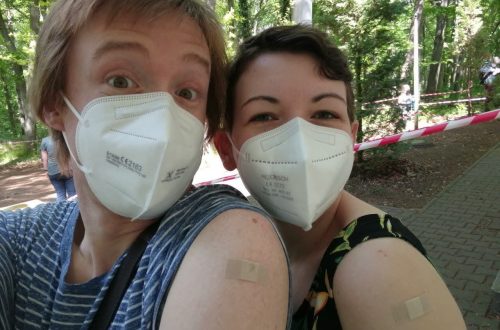 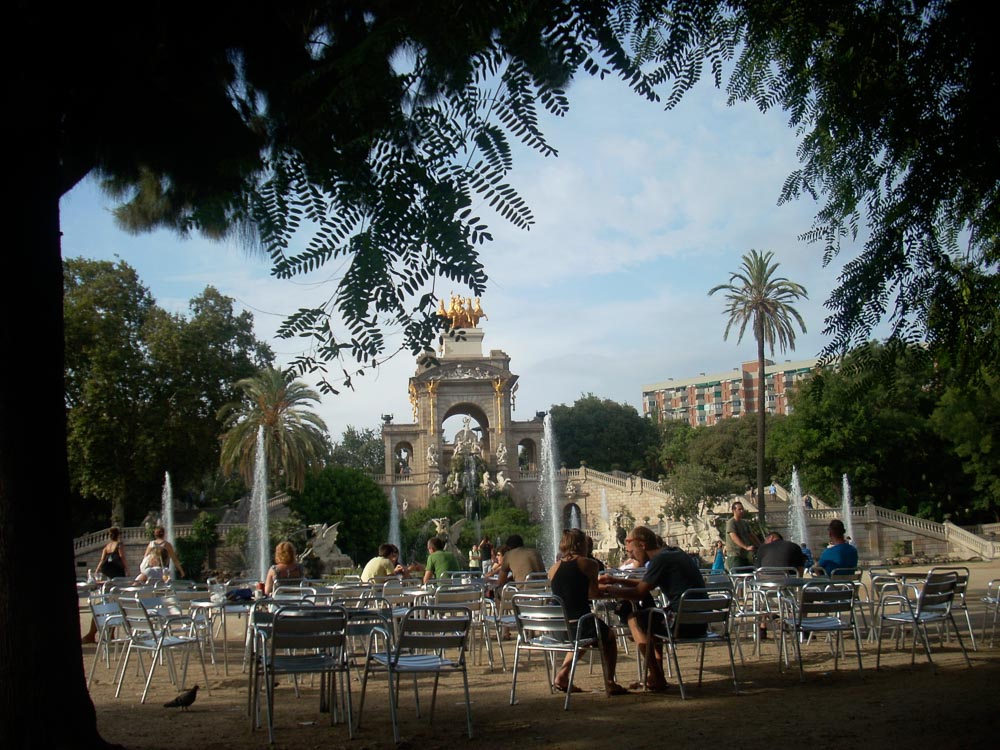 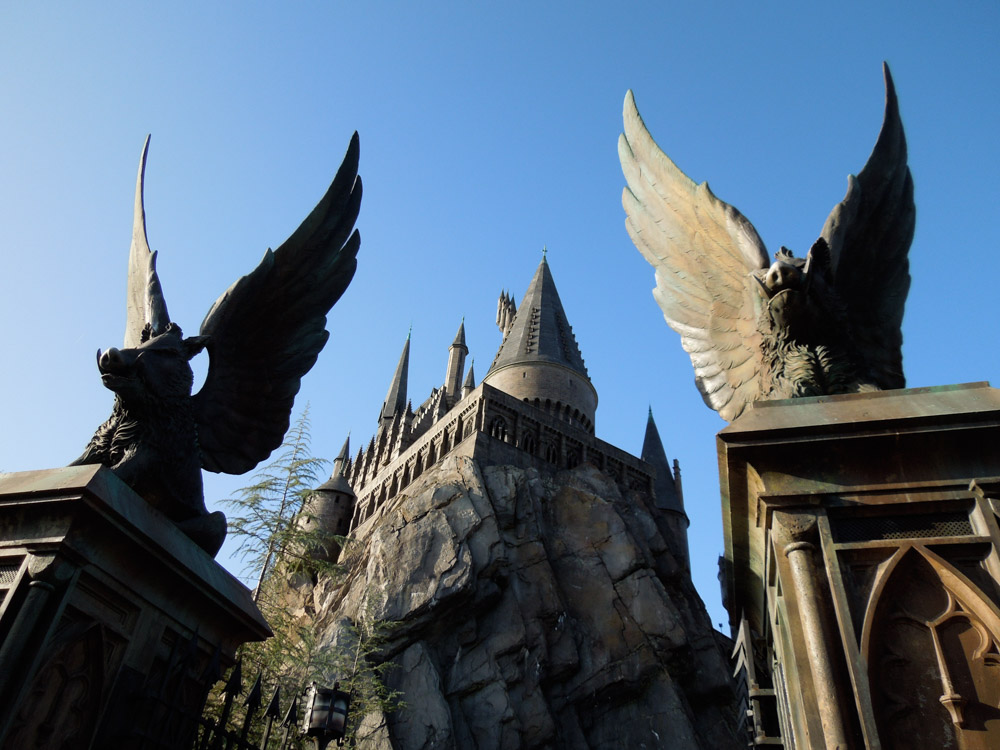