Here’s what you may have missed around the internet this month.

terribleminds shares 25 Things Writers Should Know About Traveling, and makes me want to forget all about blogging in favor of writing fiction influenced by my travels. (Don’t worry, I’m going to keep blogging… I might start writing fiction on the side, though.)

You know how my sidebar bio says, “I wish I were a polyglot,” well, Almost Fearless suggests we stop thinking about studying new languages as an obligation, and start doing things we love in the language we’re learning. She’s learning Spanish by reading magazines about cooking and celebrity gossip.

Katie Aune says that common stereotypes about Americans abroad are actually myths, and I tend to agree. What do you think?

Go Travelzing debuts a feature called “Meet the Locals” by interviewing a woman named Metrixell about where to go and what to do in her hometown, Barcelona. I think you all know that Barcelona is one of my favorite cities in the world, and from this completely unbiased point of view, I can tell you that the advice in this article is perfection.

You want to hear more about my favorite region in Spain (Catalunya) and learn more about one of its most famous artists? Hole in the Donut takes you Inside the Surreal Mind of Salvador Dalí.

Oneika the Traveller explains Why the term “off the beaten path” annoys her, and I couldn’t agree more!

The GlobetrotterGirls were Struck by a Wave of Charm in Valdivia, Chile, and sing the praises of cities without tourist attractions. (In a way that doesn’t make them sound like the pretentious “off the beaten path” travelers Oneika and I find so frustrating.)

I shared Reid on Travel‘s post How to use a guidebook on my Facebook page the other day, but it bears repeating: guidebooks are not irrelevant and “off the beaten path” is often an inaccurate and silly badge of honor worn by people who don’t do their research. (Too harsh?)

Thailand is known to be an inexpensive destination for backpackers and expats alike, but Paper Planes points out some Surprising Money Sucks that people sometimes forget to account for when budgeting.

In keeping with the budgeting theme, Huffington Post Travel shares Europe’s Most Affordable Cities for 2013, and I’ve been to 6 out of 10.

1 Dad, 1 Kid shares Why you shouldn’t travel with kids, and their travel story is as inspiring and charming as ever.

Do you travel with just a small backpack for luggage? LandingStanding gives us good and bad reasons to travel light (spoiler alert: “everyone else is doing it” is a bad reason).

Winona Dimeo-Edigier, author of a now defunct fashion blog I was super into back in the day (“the day” being 2009), showed up on my radar because she wrote a post for The Frisky about 5 trips that changed her life. Take a look and see the tangible ways travel changes people.

Tomorrow I’ll be sharing my last post about Prague, but, never fear, if you’re interested in learning more about the Czech Republic, I highly recommend the blog Beyond Prague, which is written by a Canadian expat living in Brno, the Czech Republic’s second largest city. Seriously, czech him out to learn more about culture, food, and awesome places that I wish I’d known about when I visited Prague last October. (#casualpuns)

What interesting stuff have you been reading lately? Share some links in the comments! 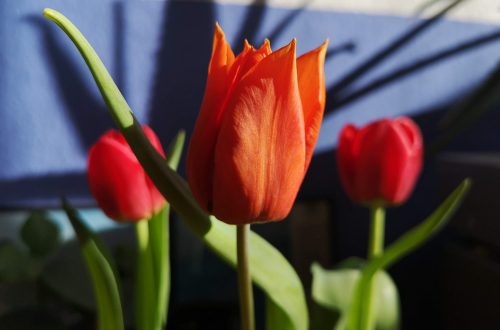