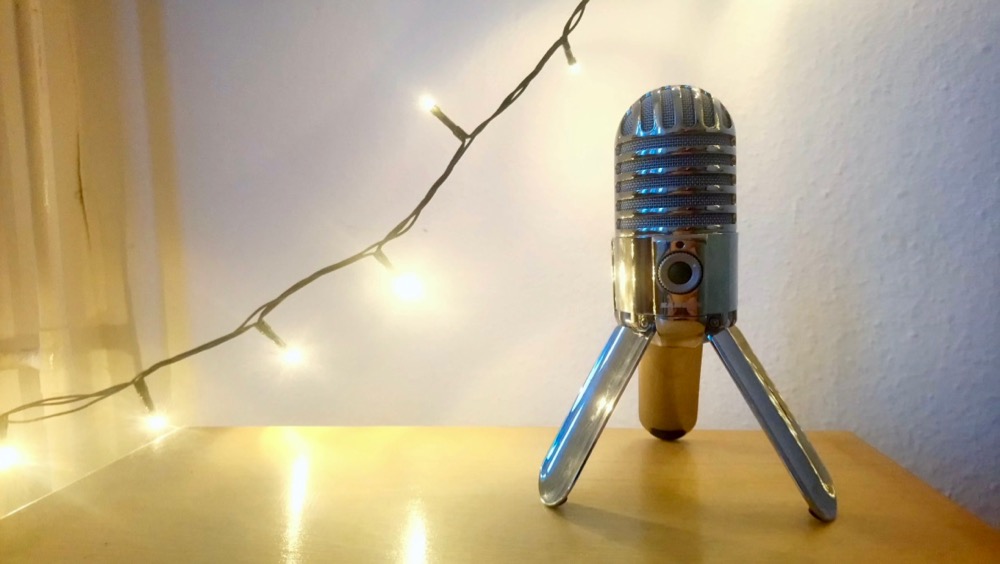 If you’re doing any traveling this holiday season and looking for something to listen to on planes, trains, and automobiles, boy, have I got some podcast recommendations for you. As you probably know, E and I have dabbled in making our own podcast. So, it should come as no surprise that we also listen to quite a few podcasts.

I give podcast recommendations to my friends and family pretty regularly, and I decided it was time to collect them all in one place.

The Best and Only Holiday Podcast You Need:

I can’t make a podcast list without a little nepotism. Especially this time of year. Hark! is the year-round holiday music podcast where my brother and his partner, RJ, listen to every Christmas, Hanukkah, New Year’s, holiday, winter, etc. song, review them, and rank them from best to worst. They’ve been doing it for 4 years now, so there’s a pretty big archive to explore, but you can jump in anywhere. They’re funny, sincere, and unafraid to admit they know nothing about music. For RJ’s birthday last month, E and I made an animatic using the audio from an episode of Hark! You can watch it below for a little preview of the podcast:

Smart Women Talking to Each Other:

This is a podcast for long-distance besties everywhere, hosted by Renaissance woman Aminatou Sow and journalist Ann Friedman. I love tuning in every week (new episodes on Fridays) to listen to these incredibly smart women talk to each other (and their guests) about pop culture and politics. My list of books-to-read gets longer every time they interview an author and I love the way they center friendship rather than romantic relationships.

Hosted by Manoush Zomorodi, this podcast’s tagline used to be “the tech show about being human,” and this people-first approach to technology is what drew me to it. Without ever being anti-tech, the show challenges listeners to examine their relationships with their devices. I regularly reference the idea of computational kindness, which I learned about in this episode. And in this episode, Zomorodi spoke with Anil Dash, who completely reframed the way I think about internet ethics. But I included Note to Self under the heading of “Smart Women Talking to Each Other” because of the No Filter series, which came out earlier this year and looks at the ways women portray themselves online.

This podcast has been on hiatus for a year now, but I encourage you to explore the archive because every episode made me laugh and think. The hosts, Heben Nigatu and Tracey Clayton, sit down for drinks with an interviewee to talk gender, race, and pop culture, and crack jokes. Every episode ends with the hosts sharing who or what they want to “buy a round for” that week, everything from Steven Colbert to truffle-flavored things to “the women in my life who have given me career advice who don’t even know it.” They center the voices and stories of people of color and who couldn’t use more black women’s perspectives in their lives?

My Brother, My Brother, and Me (MBMBAM) is “an advice show for the modern era,” hosted by brothers, Justin, Travis, and Griffin McElroy. They’ve been making the podcast since 2010 and developed a big, bizarre following. Absurdist, sometimes surreal, and always hilarious. Listening to MBMBAM is guaranteed to lift my mood. Don’t start at the beginning of the archive, but jump in to a current episode and just go with it. You’ll need to listen to a few episodes before some of the jokes will make sense, but the boys are so charming it hardly matters. They even made one season of a tv show by the same name, which I actually watched before listening to the podcast, and I think is a fine introduction.

The members of the McElroy family host about a dozen different podcasts, and The Adventure Zone is the one that made me fall in love with them. This show started as a one-off episode of MBMBAM where the brothers played Dungeons & Dragons with their dad, Clint. They kept playing and the story grew into a heartfelt fantasy epic that made me cry more than once. Start at the beginning and don’t let all the dick jokes in the first couple episodes deter you. This show gets SO GOOD. And the original Dungeons & Dragons adventure is complete now so you can listen to the whole story. They’ve continued making the show playing different games in different universes, which I also recommend, but definitely start with the first arc and enjoy.

If the two suggestions above sound like a lot to you, I recommend Sawbones as a gateway to the McElroy family of products. Dr. Sydnee McElroy and her husband, Justin, explore medical history, with Sydnee bringing the facts while Justin cracks jokes. For a sincere and informative episode, try the one about their mental health stories. For something silly and potentially nostalgia-inducing, listen to this one about the Oregon Trail.

If You Prefer Your Advice Podcasts Serious:

This podcast was born of The Rumpus‘s advice column, Dear Sugar, and is hosted by the two writers who penned the advice under the name “Sugar,” Steve Almond and Cheryl Strayed. Strayed is one of my favorite writers, and they both do an amazing job of weaving their personal experiences and narratives into the advice they give. The Sugars have an amazing amount of empathy for their audience and they cover all sorts of raw, emotional topics. If podcasts aren’t your thing (and if that’s the case, wow, you’ve made it very far into this blog post about podcasts!), at least do yourself a favor and read one of my favorite Dear Sugar columns: #71 The Ghost Ship That Didn’t Carry Us.

Where Should We Begin?

I haven’t listened to all of Where Should We Begin?, hosted by psychotherapist Esther Perel, but I have read her book Mating in Captivity, and the episodes of her podcast offer a lot of interesting insight. She talks to couples about their relationship struggles and, even if you don’t relate to the problem, the solution might speak to you. Or, maybe you just want to listen in on a couple’s therapy session because you’re nosy like me.

Okay, I’m sure there are many parenting podcasts out there so the genre probably isn’t that niche, but this is “the parenting show for everyone,” and the stories they tell are so good. This podcast is about being a parent, wanting to be a parent, not wanting to be a parent, and the different ways people become parents. But it’s also about being a child, and people’s relationships with the people who raised them. It’s smart, funny, and like so many of the podcasts on this list, it offers insight into other people’s lived experiences. I recommend The Accidental Gay Parents episodes.

I prefer podcasts that are between 30 and 45 minutes, but I make an exception for this one, which rarely comes in under an hour. Hosts Kevin T. Porter and Caroline Ely talk and joke about Christian pop culture from a perspective that is loving, but not uncritical. Listening to them has given me hope that I’m not the only liberal Christian out there! I’d suggest not starting at the first couple episodes, which are a bit rambling, but jump in on whatever piece of pop culture you’re familiar with or whichever guest you’ve heard of. For me, that meant listening to the episode where they reviewed Switchfoot, and the one where Travis McElroy was a guest.

I am in the process of becoming an unapologetic romance reader and I’ve been digging this podcast as a result. It’s hosted by Sarah Wendell, who co-founded the website Smart Bitches, Trashy Books, which has been going strong for well-over a decade reviewing and recommending romance novels. Your mileage will vary based on your interest in this genre, obviously, but this podcast is a current favorite of mine.

Okay! Your turn! Share your favorite podcasts in the comments! 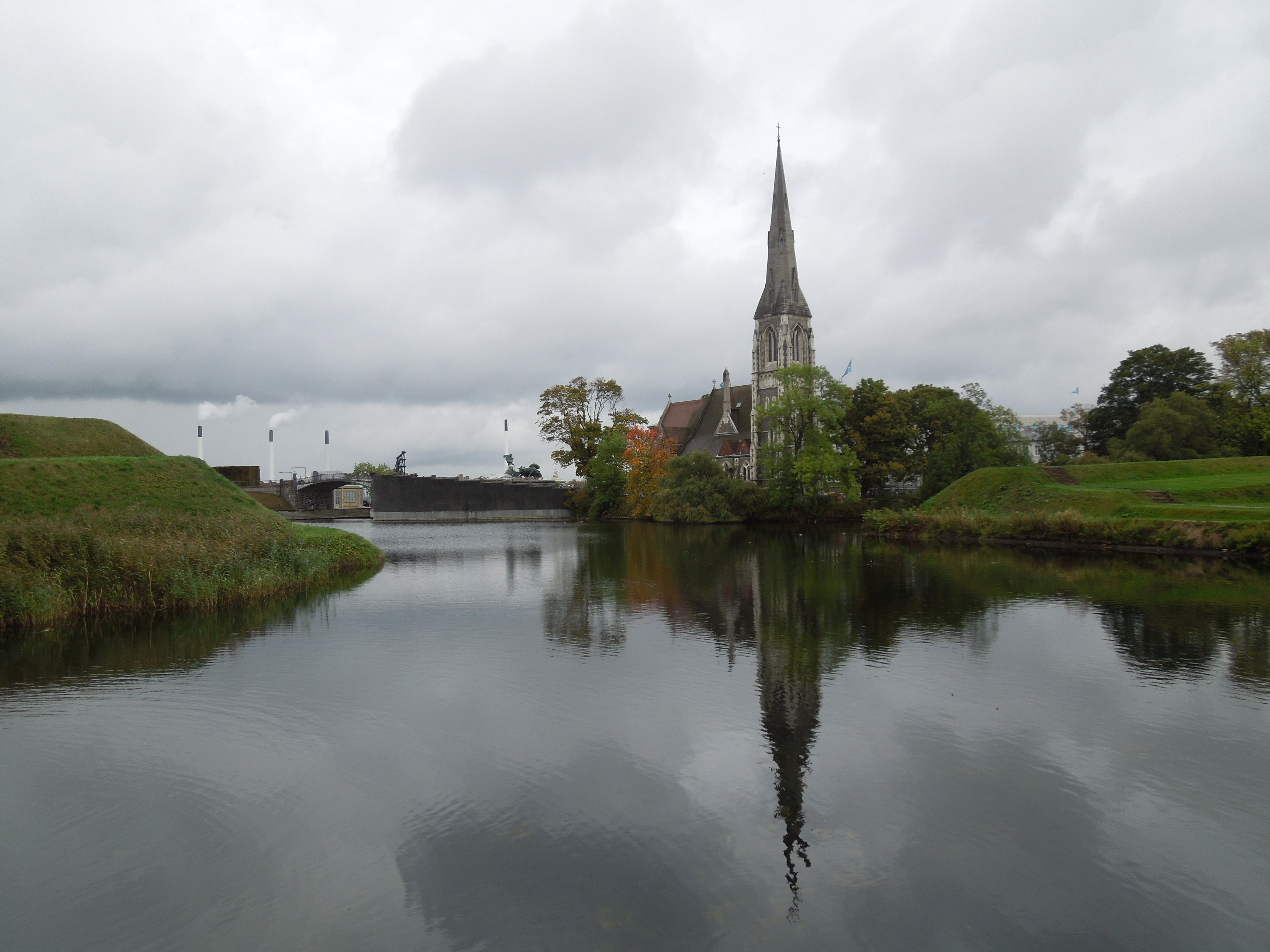